“I am so pleased to present the second Senator Frank R. Lautenberg Highway Safety Leadership Award to Senators Bill Nelson (D-FL), Richard Blumenthal (D-CT) and Ed Markey (D-MA) and Representatives Frank Pallone (D-NJ-6) and Jan Schakowsky (D-IL-9),” said Mrs. Lautenberg.  “These recipients embody the same spirit and tenacity for which my husband was well known. They are all fearless safety champions who take on major battles and fight for safer drivers, safer cars and safer roads.  Frank once said in a floor speech, ‘we, as Members of Congress, have a duty to actively ensure the safety of all our Nation’s roads.’  It is clear that the Members of Congress receiving this award today have embraced that duty and have continued his legacy.  We are grateful for your leadership.”

The five members of Congress receiving the award have consistently and steadfastly fought for improved consumer protection and motor vehicle safety. Senators Nelson, Blumenthal and Markey have sponsored or cosponsored numerous bills to achieve these goals including the Motor Vehicle Safety Act (114th Congress, S. 1743) which was a comprehensive safety bill encompassing numerous issues on the unfinished safety agenda. The bill would have improved consumer information, increased penalties for safety violations, expanded authorities of the National Highway Traffic Safety Administration (NHTSA), and advanced important safety technologies such as collision avoidance and unattended children warning systems, among other safety improvements. On the House side, Representatives Pallone and Schakowsky introduced the Vehicle Safety Improvement Act (114th Congress, H.R. 1181) which would have enhanced public accessibility to vehicle safety information and databases, required safety standards to protect pedestrians and vehicle occupants, closed the revolving door for NHTSA employees, and prohibited the sale of unrepaired used cars under recall, among many other safety advancements.

The major, multi-billion dollar surface transportation bills are a critical opportunity to advance safety. These bills only come up every few years but have a significant impact on motorists that can last decades. During the negotiations of the last reauthorization, the FAST Act, these Members displayed grit, diplomacy and persistence in advocating for inclusion of lifesaving provisions. They also ameliorated many anti-safety efforts which were under consideration.  Would it not have been for the fortitude of these members, the FAST Act could have been the first reauthorization passed in recent years without a strong safety title.

The first Clarence M. Ditlow III Safety Champion Award was also presented. This award was created by Advocates to carry on the safety legacy of Clarence Ditlow, who passed away on November 10, 2016. Clarence was a founding Board Member of Advocates and served as the Executive Director of the Center for Auto Safety for 40 years.

The recipient of this inaugural award was Laura Christian of Harwood, Maryland.  Ms. Christian has volunteered significant time, effort and resources to move reforms forward that address the risks posed by vehicle safety defects and unrepaired recalls. Ms. Christian’s daughter, Amber Marie Rose, was killed due to a defective ignition switch found to be widespread in vehicles produced by General Motors. Since the discovery of the cause of her daughter’s death, Ms. Christian has become an indefatigable advocate for protecting consumers from deadly vehicle safety defects.

“Presenting the inaugural Clarence M. Ditlow III Safety Champion Award today is a true honor,” said Mrs. Marilyn Herman Ditlow. “The hallmark of Clarence’s career was his tireless devotion and dedication to protecting consumers.  The creation of this award recognizes his countless contributions to advancing safety and holding automakers accountable.  Award recipient Laura Christian has demonstrated the focus and drive that characterized Clarence and his work.  I know he would be proud that she is receiving this award today.”

Joan Claybrook, Advocates’ Consumer Co-Chair, and former NHTSA Administrator lauded the presentation. “Laura Christian exemplifies the stalwart commitment to consumer protection and vehicle safety that characterized Clarence’s life.  Clarence was a close professional colleague and a valued friend.  Clarence was a tough and focused advocate. But the driving force in his soul was protection of innocent consumers who lost their lives, buried their loved ones, or suffered lifelong injuries.  Clarence was one of the most dedicated consumer advocates in the country and I am so pleased that his safety legacy will live on through this award.”

Bill Vainisi, Advocates’ Insurance Co-Chair and Allstate Insurance Senior Vice President and Deputy General Counsel, said, “I would like to congratulate the recipients of the Senator Frank R. Lautenberg Highway Safety Leadership Award and the Clarence M. Ditlow III Highway Safety Champion Award.  On behalf of Advocates’ Board of Directors, we are grateful for your tremendous leadership to advance highway and auto safety.”

Advocates for Highway and Auto Safety is a coalition of consumer, pubic heath, medical, safety and insurance organizations working together to improve highway and auto safety policies in Congress, state legislatures and Executive branch agencies. For more information, visit saferoads.org. 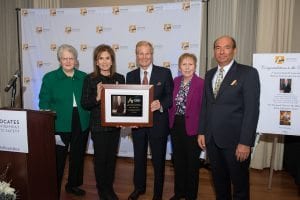 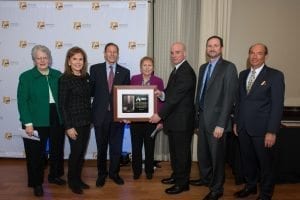 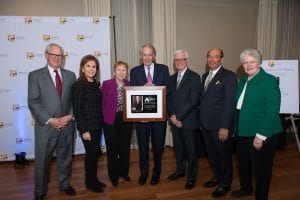 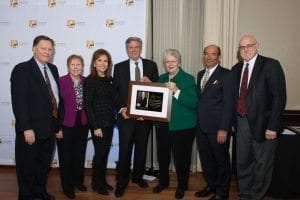 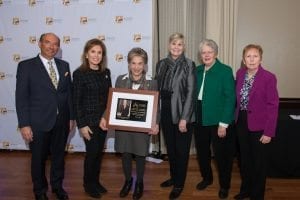 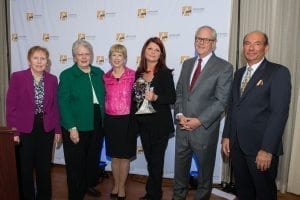